Liza with A Z welcome addition to Slater stable 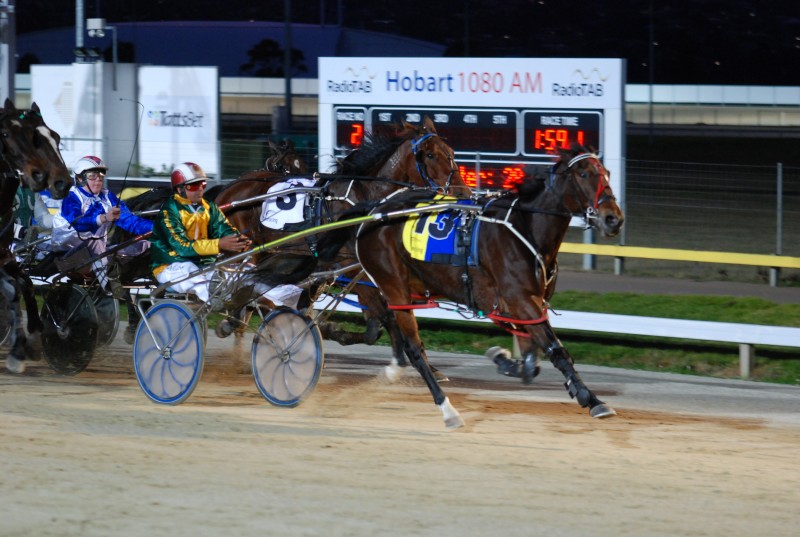 In Hobart on Sunday night one of the latest Butterworth-owned horses Liza With A Z delivered the goods in a strong C1 over 2090 metres at Tattersall’s Park.

Liza With A Z won at her first start in the state last month and followed up with a luckless second in Launceston prior to this latest effort.

Driver Ricky Duggan settled the mare at the rear of the field from her outside second row draw (13) owing to her being out of the draw in mobile events.

But it had no affect on the outcome as Duggan sent the five-year-old mare around the field to face the breeze until entering the home straight the last time.

Liza With A Z has been in Slater’s care for about three months and he expects her to win more races.