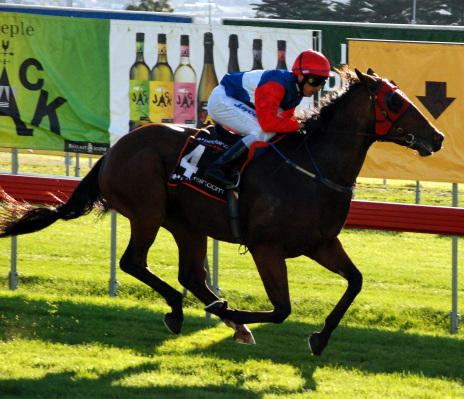 The Jason Clifford-trained gelding suffered the injury in the thetote.com.au Stakes in Launceston last Thursday week.

“Loaded Owners pulled up a bit proppy after the race and subsequent scans revealed a slight bow in his nearside front tendon,” Clifford said.

“On a scale of severity it would rate about a two out of 10 so it is definitely not career-threatening,” he said.

“I am very optimistic about the horse’s future,” the trainer said.

“Provided we give him enough time off, and six months should be ample, he could be back racing by the end of the year or at the latest early next year,” he said.

Clifford is relocating to Victoria at the end of this month.

He has stables at Geelong from where he will prepare an initial team of about eight but Loaded Owners was expected to be one his stable stars as he prepares to make a name for himself on the big stage.