Locals can shine in National series 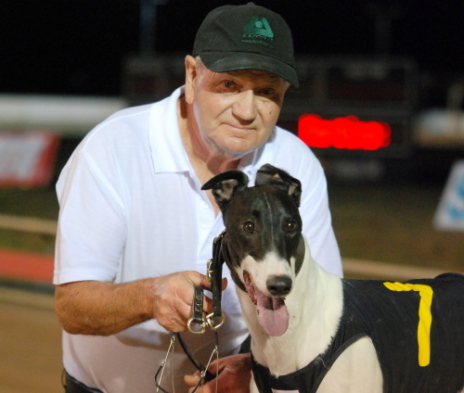 THE national greyhound spotlight will be on Tasmania in August with the Hobart Greyhound Racing Club to host the National Sprint and Distance Championship finals at Tattersall’s Park.

It will be the first time the Hobart club has hosted both National finals since 1983 with the last National Sprint final hosted by the club was held at the Royal Showground in 1987 and won by West Australian sprinter Fremantle Echo that defeated local star True Vintage.

The introduction of the 709-metre distance boxes at Tattersall’s Park last year has enabled the club to stage both national finals.

Tasmanian chasers have been competitive in recent years but on home soil we could have our best chance of taking out the double.

Our staying ranks have diminished since the departure of Chinatown Lad and Fallen Zorro that dominated nationally four years ago but a bitch by the name of Bell Haven has emerged as a serious contender for the national crown.

Bell Haven (Head Bound-It’s A She) scored an impressive win in the Launceston club’s distance championship last Monday night scoring in near race record time over the 720-metre trip.

The Ted Medhurst-trained bitch stopped the clock in 42.45 that was less than two lengths outside of Sitka’s track record of 42.36 set in July 2010.

“Bell Haven is a natural stayer and I’m confident she will be competitive in whatever she tackles leading up to the nationals,” Medhurst said.

“It’s very hard to train stayers in Tasmania because we don’t have the trial track facilities like they do on the mainland that helps the dogs get rock hard fit but hopefully Bell Haven will make it to the National final,” he said.

Boom West Australian stayer Miata is being set for the series and even if he doesn’t win a berth in the National final by winning his home state final he could still be included in the national final field of eight courtesy of the Wild Card entry system that now operates on the series.

In the past the National series finals comprised two runners from the host state and one from each other state (x 5) with the remaining spot going to either a NSW or Victorian dog.

But that system was finally deemed unfair so the Wild Card entry now goes to the highest ranked chaser according to Australian Greyhound Racing Association (AGRA) standings at the time of the race.

Miata is the highest ranked stayer in Australia.

The quality and depth of sprinters in Tasmania has improved enormously in recent years and that was evidenced last year in the Group 1 Hobart Thousand in which the reigning Melbourne Cup winner Dyna Tron had to pull out all stops to hold out local star Rewind in a close photo finish.

Rewind raced interstate and tackled the Easter Egg in Sydney but an injury deprived him of performing at his best.

However, the Morrie Strickland-trained dog is back to his best with his win in Hobart two weeks ago over the National Sprint course of 461 metres testament to his fitness.

Rewind covered the trip in 25.84s which was one of the few sub-26 second runs on the track since the Hobart Thousand series.

The Ted Medhurst-trained Speed Control also sizzled over the trip in 26.01 recently and he too has emerged as a National Sprint contender along with a couple of young pups that have run slick times in lower grade events.

The National Sprint and Distance Championship finals will be held in Hobart on Saturday, August 25.