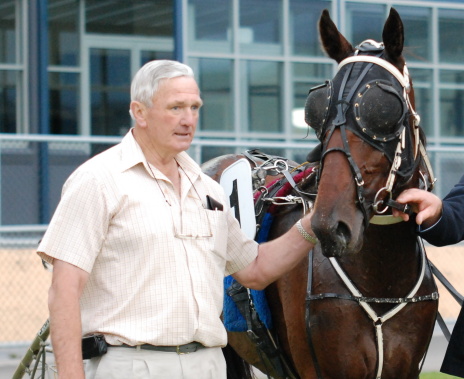 ONE of last season’s better-performed two-year-old pacers Lombo Leonardo made quite an impact at his long awaited return to racing with a brilliant victory at Tattersall’s Park in Hobart last Sunday night.

Lombo Leonardo came from last with 700 metres to go to power his way to an emphatic win in a 3YO Pace over 2090 metres.

The Grant Hodges-trained gelding latched onto the back of the three-wide line and despite locking wheels on the home turn, Hodges balanced his charge at the top of the home straight and the gelding went on to score by almost two metres from race leader Real River with Metro master coming from well back to run third but over five metres astern.

Lombo Leonardo won his first two starts as a two-year-old winning the Youthful Stakes and the Golden Slipper and ended the season with three wins and a third.

He won a 3A0 at his second try in that company in September last year but he suffered a suspensory injury that forced Hodges to send him for a decent spell.

Lombo Leonardo is owned by Christ Schofield who purchased the gelding at the Melbourne Premier Yearling Sales.

Listen to what trainer Grant Hodges had to say about Lombo Leonardo’s triumphant return to racing – click here.