Longford Cup a warm-up for The Cleaner 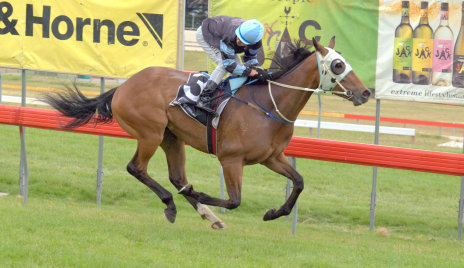 PROMISING stayer The Cleaner will have a warm-up for the Devonport Cup when he steps out on his home track to tackle the Longford Cup over 1800 metres on Sunday (New Year Day).

The Cleaner has been a revelation this year season going from a class one performer in July to be the most consistent horse over 2100m in the state.

He is already guaranteed a start in the Group 3 AAMI Hobart Cup as the winner of the Brighton Cup (2100m) in Hobart at his last start on December 11, which offered ballot-free entry into the Hobart Cup to the winner.

His trainer Mick, which ioffered ballot-free entry into the Hobart Cup for the winner.

Burles, who prepares a small team at Longford, believes the gelded son of Savoir Vivre-Dash Of Scotch will be a better galloper next season and that whatever he is doing this time in is “just a bonus”.

“The horse is absolutely flying. His trackwork has been brilliant and whatever beats him in the Longford Cup will win the race,” Burles said.

“Everything has gone to plan with this horse and if it all stays on an even keel than he’s going to be very competitive in the Devonport Cup and the Longford Cup is just the warm-up for that race,” he said.

The Longford Cup boasts a full field of 10 with the John Blacker-trained Stadacona equal top weight (59kg) with Wallis from the Larry Dalco stable.

Reigning premier training combination of David and Scott Brunton will saddle up Lightly Spiced that is coming off a third in a BM78 race over 1400m in Launceston behind stablemate Getitdone, which was good enough to suggest he will be competitive on Sunday.