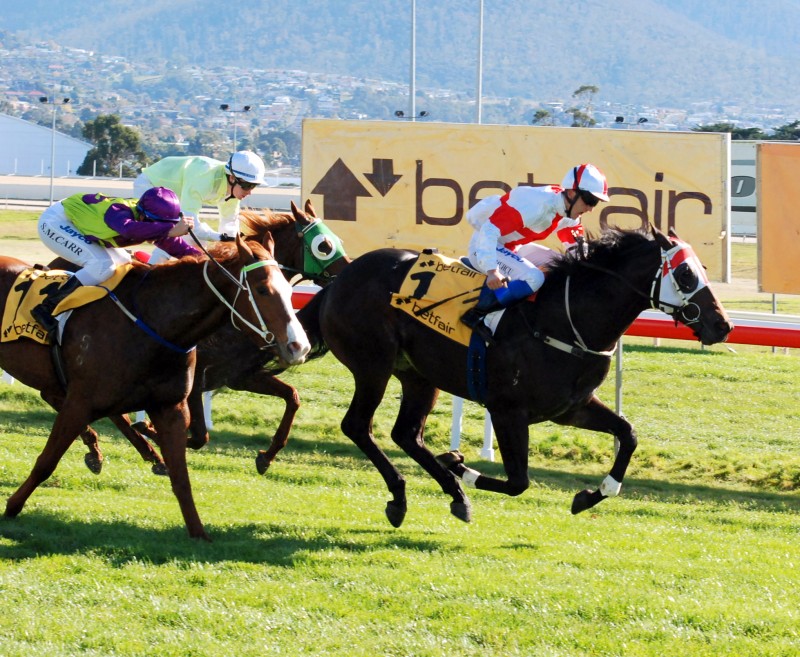 WELL bred three-year-old Lord Ashfordly looks set for a bright future given the tenacity he showed to win on debut at Tattersall’s Park in Hobart today.

Lord Ashfordly (Rock Of Gibraltar-Moonah Bells) defied a tough run when forced to race three-wide without cover for much of the race to hit the front in the home straight and then staved off a determined challenge from the very smart two-year-old Geegees Velvet.

The Gary White-trained gelding won a trial in July last year but failed to make it to the races owing to a couple of minor but niggling injuries sustained just prior to him making his 2YO debut.

“The horse went shin sore after his trial so he had to have a spell and when we brought him back into work he copped another little injury in his box so we had to be patient and bring him along slowly,” White said.

“We went into this race without a trial so the only thing we had to worry about was his fitness level and it was obvious to anyone who saw him parade that he is carrying a bit of surplus (weight).”

“But he has loads of ability and in the end it was that raw ability that saw him get the money,” White said

Lord Ashfordly is likely to have his next start in a class one handicap in Hobart later this month.