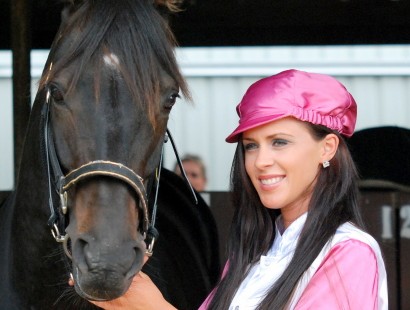 TRAINER Rhonda Hall was hoping to step her promising four-year-old stallion Lovorno up in distance at his next start but her plans were thwarted when he scored an impressive win in a maiden/class one handicap over 1600 metres in Hobart last Sunday.

With Lee Smith aboard, Lovorno was afforded the run of the race in the first half of the field and when Smith called on the son of Niello for the supreme effort he quickly rounded up the leaders and then staved off a determined challenge from the eventual runner-up Atreat.

The win progresses Lovorno to class two status which left Hall with the option of sending him to a benchmark 68 over 1600m in Launceston on April 21 or waiting until May 1 for benchmark 68 over 2100 metres in Hobart.

“I’m thrilled that he won on Sunday but now there is the dilemma of where to go next,” Hall said.

Hall says she may take Dalkeith Dancer and Lovorno to Launceston for the Benchmark 68 on Thursday week.

“Both horses pulled up a treat and neither would have blown a candle out after their respective races.”

“I am leaning towards the race in Launceston and who knows maybe we’ll quinella the race,” she said.

Meanwhile Hall and her daughter Alycia are gearing up for the Think Pink National Breast Cancer awareness day at Tattersall’s Park on May 29.

Tickets for the gala day that will include the auction of racing memorabilia provided by some of the biggest names in racing including Denise Martin and Gai Waterhouse who have supported the event since its inception.