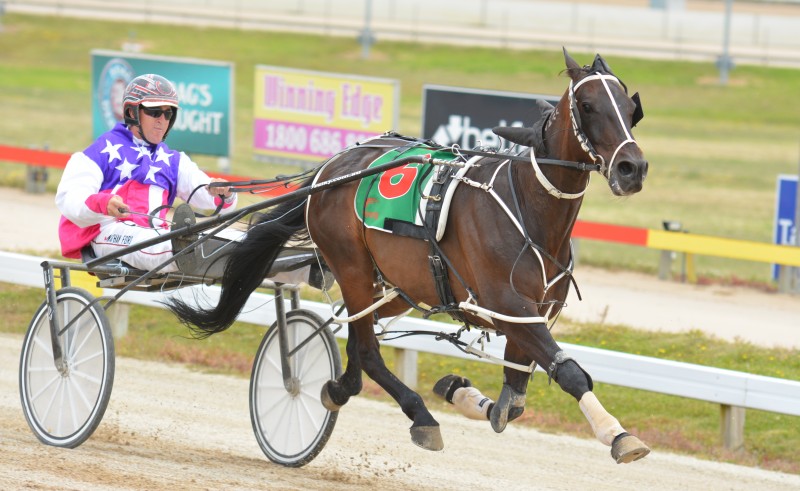 HARNESS trainer Zane Medhurst has been waiting a while for his nine-year-old Luke Peter to win another race and it finally happened at his 100th start in Hobart on Sunday.

Luke Peter cruised to a comfortable victory in the Des & Kay Logan Memorial Pace over 2090 metres which is the consolation of the Eric Reece Memorial.

“He’s been a good old horse for us and it was so good to see him win a half decent race,” Medhurst said.

“He didn’t have any luck in a heat of th Eric Reece but dropping back to be against horses that didn’t make that final he was always going to be a chance.”

“It was a great drive by Nathan who was positive on him early and when he turned for home with such a big lead I knew he would win,” he said.

It was the first leg of a winning double for Ford who also won aboard his own horse Star Chamber that blitzed a strong field in the $40,000 Tasmania Cup.

Luke Peter suffered a tendon injury about two years ago but Medhurst was able to nurse him back to health.

“We took our time brining him back to racing after he did a tendon and he’s shown no sign of any problem with the leg since he’s been back but we do manage him well,” he said.

Medhurst’s son David was killed in a car accident last year so very win is dedicated to him.

“I can’t help but wonder if Dave was looking down over us today and helped out a bit,” he said.

Luke Peter had not won a race since Australia Day this year.

“It’s been almost a year since this horse has won but he’s been able to pick up a lot of placings to help pay his way,” the trainer said.