Lynny back in the frey 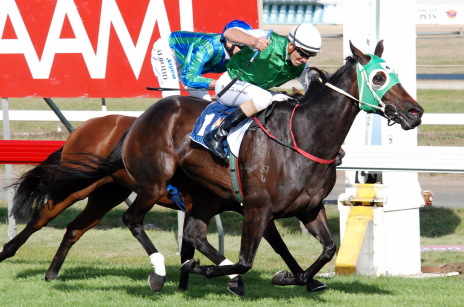 STAR Tasmanian mare Lady Lynette has been given a lifeline on her racing career thanks to a sale falling through when her lease expired late last year.

Lady Lynette was expected to bow out of racing and embark on a stud career when she was sold for an undisclosed sum after finishing a luckless fifth in the Group 1 Myer Classic at Flemington in late October last year.

But the sale fell through and it left owner Doug Green and partners to ponder her future so they opted to keep her racing and return her to Tasmania.

When she placed fifth in the Myer Classic at her last start she earned $12,500 that took her career earnings beyond $1 million making her the first Tasmanian-bred mare to achieve the feat.

The mare has been trained during her career, primarily by Seven Mile Beach trainer David Brunton who purchased her at the 2006 Tasmanian Magic Millions Yearling Sale for only $13,000.

The six-year-old mare also spent some time in the care of Victorian mentor Robert Smerdon.

Lady Lynette resumes racing at Tattersall’s Park in Hobart on Sunday in the Group 3 $150,000 Bow Mistress Stakes, a race she won last year to give Brunton arguably his biggest thrill in racing.

It was a race he so dearly wanted to win and when his gallant “Lynny” emerged triumphant in last year’s event he was unable to hold back the tears of joy.

On Sunday she will be trying to repeat the dose but, as expected, she will be up against some quality mares.

However, given her record in Tasmania and her popularity, she could still start favourite.

Guthrie’s four winners formed part of David and Scott Brunton’s (team Brunton) six-win haul from nine races that has been recognised as a modern day record on the Elwick track.

Guthrie is regarded as one of the best heavyweight riders in the country and while he has had his share of ups and downs with weight problems in recent years he has been at the top of his game this season.