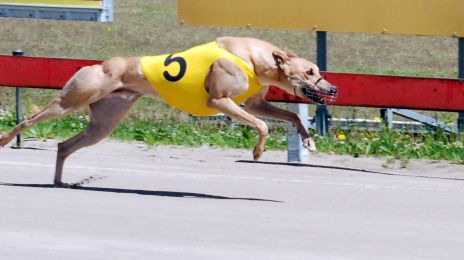 Veteran Railton trainer Gerald Mace rarely travels to Launceston or Hobart to race but he ventures to Launceston tonight with the chance of winning with both of his kennel tenants.

Puddle Fish has her chance in race three and Schutzengel will tackle a maiden in race 10.

Puddle Fish has brilliant early speed and is nicely drawn in box two and she has very good form over the short 278m course so with any sort of luck in running she should be hard to beat.

Schutzengl has been running on strongly over 452m at Devonport and although having her first start on the Launceston track she should be suited over the 515m trip and warrants respect as she attempts to break her maiden status.

The best bet on tonight’s card appears to be Hifive Marsha in race seven. She is in great form for Summerdale trainer Terry Ackerly. The bitch is very strong at the business end of her races.

Finding a backable value runner wasn’t an easy task but we settled on Able Lad in race eight. He has ordinary recent form but all from bad box draws. He should improve greatly from the inside box.