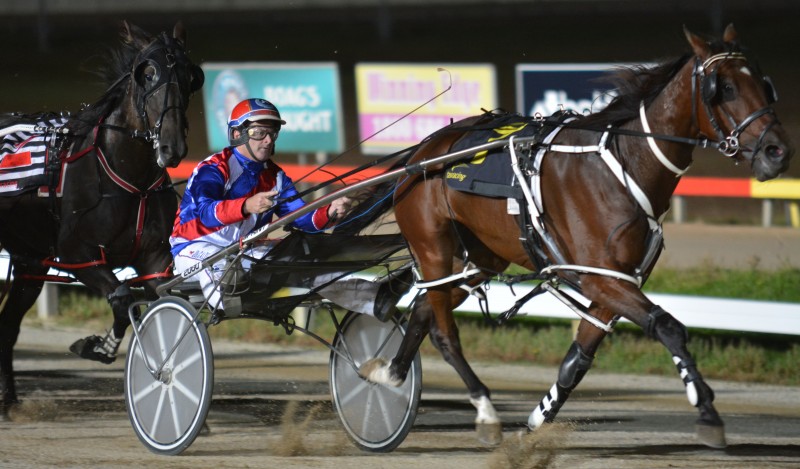 VICTORIAN trainer Maree Caldow will head Macfire towards the Victorian Oaks following the filly’s impressive win in a 3C0-3C1 over 2090 metres at Tattersall’s Park in Hobart last Sunday night.

Macfire was taken to Tasmania for the Tasmanian Oaks but after finishing third to the Dean Braun-trained Sudden Change connections opted to keep her in the state to try and win her second three-year-old race before heading back to Victoria.

Macfire (Mach Three-Sparks Under Fire) found her way to the lead from a wide front row draw early in the race and when driver John Caldow released the brakes at the top of the home straight she drew clear and went on to score by 13 metres from Iden Makin Time.

Her trainer said the filly, owned by stalwart stable client Tony Conte, had always shown above average ability and would continue to contest the better three-year-old races.

Macfire will return to Victoria by sea on the Spirit of Tasmania tomorrow night (Wednesday).