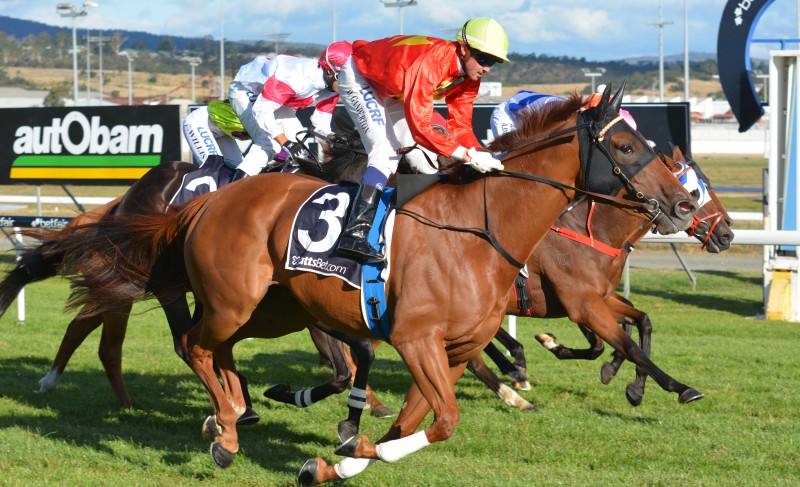 MAGNETIC QUEEN, a former member of the Peter Moody stable, broke through for an overdue win in a class one handicap over 1400 metres at The TOTE Racing Centre in Launceston last night.

The Adam Trinder-trained mare was having her second start this preparation and lived up to her first-up effort on her home track at Devonport on Cup day earlier this month.

After four successive minor lacings on her home track she finally delivered the goods, rattling down the outside to score from race leader Keep racing and Flying Stevie.

The mare was given the run of the race by jockey Daniel Ganderton who had her well placed from the inside barrier.

Magnetic Queen is raced by the trainer’s life partner Leah Goodrick in partnership with Katrina Lewis.

“Leah has been telling me that this mare would go better on turf than on the synthetic track and it looks like she was right,” Trinder said.

“She’s a good bread and butter horse that will probably get out to 1600 metres.”

“We also had her full brother Always in Charge that won over a mile and was placed up to 1900m,” he said.

Trinder said Moody must have had some opinion of the mare because he raced her at Flemington early in her career.

She won a maiden on debut at Warrnambool and this latest victory was only her second.