Maiden Series win on the cards for Chalky 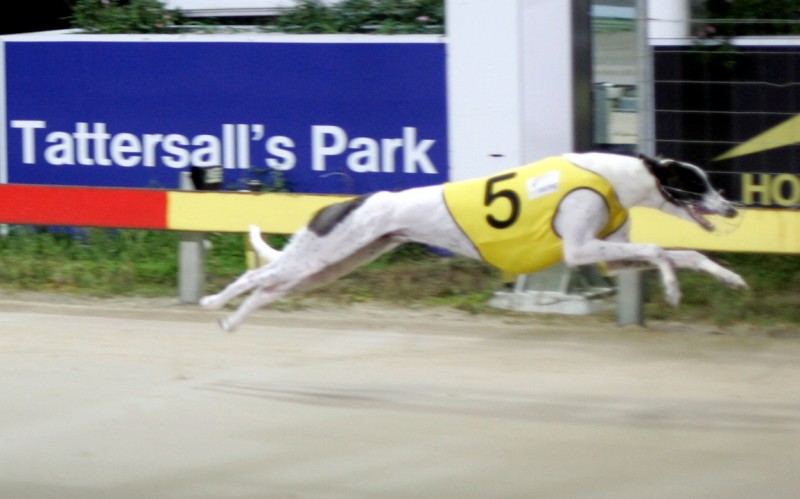 IF Buckle Up Chalky can mirror his effort to win his heat of the HGRC Maiden series last week he can emerge triumphant in the final over 461 metres at Tattersall’s Park in Hobart tonight (Thursday).

The Kevin Cocks-trained dog has drawn box four but he won his heat wearing the yellow (5) vest last week and only needs to ping the lids as he did in his heat to make his presence felt at the business end of tonight’s final.

In what should be an open betting race, this son of Where’s Pedro has had sixteen starts for 1 win and 2 placings but was a decisive nine length winner in his heat beating Tippett To Me in the fastest heat time of 26.32.

Bandit’s Revenge and Forest Shop showed enough last week to be taken in the exotics (Trifectas, First Fours and Quinellas.

Teddy Tom Boy (Race 1) comes off a shock defeat last week for Bracknell trainer Maurie Strickland that was costly for punters but he should be given another chance.

The son of Aston Galilee was hampered at box rise and with a slow beginner on his outside tonight should get a clear run into the race.

His main opposition should come from Wynburn Power, that has been racing well and the consistent Bruno Boy that has the advantage of the inside box (1).

Champion Rewind was decisively beaten by the rising star Nicholas Jack last week but trainer Maurie Strickland thought he may have needed that run after a short break and there should be no excuses tonight jumping from box seven in the Invitation (Race 8) over 461 metres.

However, Nicholas Jack defeated him fair and square last week and should he again take Rewind’s scalp the Ted Medhurst-trained son of Made To Size will have earned the tag of rising star.