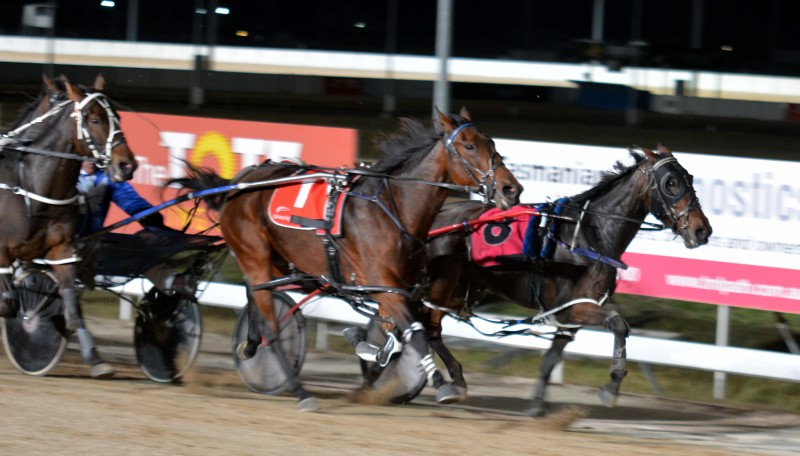 LATROBE harness racing trainer Melissa Maine has enjoyed a lot of success in recent timed and that continued in the opening race at The TOTE Racing Centre in Launceston tonight.

Young Bruiser, a horse that only arrived in Maine’s stale three weeks ago, gained a needle-eye opening about 80 metres from home to get up in the past few strides to defeat race leader and favourite Barooga Minnie ($1.70) in a nail-biting finish.

The Cardmaster Hanover three-year-old gelding was well away from the inside of the second row and driver Gareth Rattray had the gelding travelling sweetly on the back of the favourite that led from the pole position.

It looked for certain that Young Bruiser would fail to get clear in the home straight but when the leader shifted up the track under pressure in the closing stages Rattray sooled his charge through the gap.

“I was happy to be where we were behind the favourite and to be honest I would have been happy had he been able to run a place,” Rattray said.

“He was travelling keenly and he surprised me a bit the way he travelled in the race and when the gap came he really dashed up nice and hit the line strong.”

“On that run you would have to say he has improvement in him so I think his future looks bright,” Rattray said.

Young Bruiser was backed late in betting firming from $9 to $6.50 on fixed odds with Tattsbet and he also shortened considerably on the Tote into $7.80 while the favourite tumbled in from $2.10 just prior to race start time into $1.70.