Malua made a legend 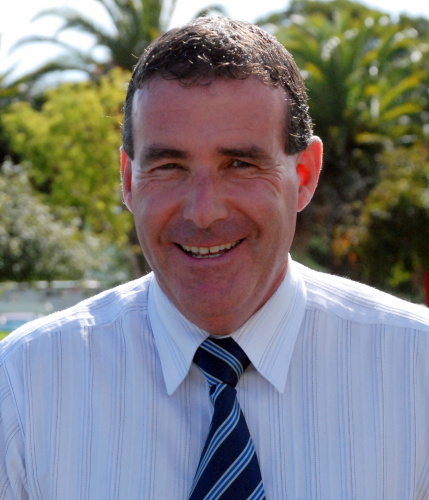 MALUA has the unique reputation of being ranked the most versatile thoroughbred in the history of racing in Australia in that he won over distances ranging from 1100 metres to 5200 metres so it is fitting that the former star has been given Legend status in Tasmania’s Thoroughbred Racing Hall of Fame.

The bay entire was bred by John Field of “Calstock” at Deloraine. He was a son of Sat Albans from Edella and raced his first season as a two-year-old colt in Tasmania under the name Bagot, winning on three different tracks over varying distances.

He was sold for 500 guineas to J. O. Inglis from Victoria who changed his name to Malua.

In the Newmarket Handicap Malua’s jockey set a precedent when he took him to the outside (grandstand side) rail to win the race, a tactic not used before. The term “Malua’s track” was coined to name that portion of the Flemington track.

In the same year he won the Melbourne Cup carrying 63kg and two days later he won the weight-for-age Flying Stakes over 1200 metres on Oaks Day, testament to his versatility.

Malua ended his racing career with 12 wins and 15t minor placings from 47 starts.

He also shone at stud producing nine stakes winners that notched 13 stakes wins between them, including Melbourne Cup winner Malvolio (1991) and Caulfield Cup winner Ingliston in 1900.

A magnificent bronze sculpture of Malua was erected in the horse’s honour at Deloraine where he was foaled at Calstock in 1879.

Malua is a deserving recipient of Legend status in the Tasmanian Racing Hall of Fame.

Bow Mistress was one of Tasmania’s best-performed fillies or mares in Tasmania and interstate in the early 1980s.

By Burglar from the New Zealand-bred mare Narada she was foaled in September 1979.

Bow Mistress won 12 times including the Tasmanian Thousand Guineas at three when prepared by the late Claude Best.

Her greatest win was in the Group 2 J. J. Liston Stakes at Caulfield when in the care of Bruce Elkington.

Bow Mistress was bred by the late Don Lowe at Bowthorpe at Longford and she was raced by Lowe and Tony Pedder.

She retired to stud and before she passed away in 2001 she produced 10 foals of which seven raced and four won including Mr. Bow (x Kenvain) that won three including Rafting that also excelled at stud producing eight foals and al were victorious.

The Bow Mistress Stakes is named in her honour and is considered one of the best weight-for-age fillies and mares’ races in Australia.

ROBYN CLARKE was one of best and most respected jockeys to grace Tasmania turf.

She shared the stage with a number of talented female riders and she more than matched it with the best male jockeys in the state during her time in the saddle.

She was a late starter, in that she didn’t begin her apprenticeship until she was 18 and was almost 20 before she had her first race ride.

But in no time she was stamping herself as a talented rider and only 17 months into her apprenticeship she partnered Forest Gum to victory in the 1984 Devonport Cup that made her the first female rider to win one of the state’s three major cups.

She won another Devonport Cup threes later aboard Crucial Point.

Robyn was indentured to top Spreyton trainer Michael Trinder for whom she rode as number one stable jockey for more than a decade.

Amongst Clarke’s other feature wins were her victories aboard Dandy Lane (1984) and Irishka (1989) in the weight-for-age Thomas Lyons Stakes that during her time was a jockey invitational that included some of the best jockeys riding in the nation.

In 1988 she won the weight-for-age Tasmanian Stakes on Donaldson, a horse trained by her father Pat “Brusher” Clarke.

Herbert (Bert) Sylvester Cook devoted a great deal of his life to Tasmanian racing both as an administrator and as an owner-trainer.

Bert Cook served as a committeeman with the Tasmanian racing Club for 25 consecutive years during which time he held various posts from 1949 to 1974.

He was considered a stickler for fairness and adhered to that philosophy during his reign as a committeeman.

Cook always trained his own horses, even though he ran a substantial and successful bus service and when circumstances permitted he trained his horse from his home at Timsbury Road, located adjacent to the Elwick racecourse.

For a period of about 36 years Cook always had a decent horse in his midst and while he tried many times without success to win a Hobart Cup he savored the joys of victory many times at the other end of the state by winning five Launceston Cups starting with Radiant Boy and Beau Roi two years later.

He won with Hero in 1945 and Juraco in 1963, both of which were ridden by Ron Evans with whom Cook enjoyed a long and successful association. Cooks won his last Launceston Cup with Trader in 1974.

Cook was a quietly spoken man who was widely respected in the racing and general community.

William Southerwood was regarded as one of the most prominent and talented owner-trainers of his time.

Southerwood was based near Launceston and had a reputation as a master horseman.

He prepared about 500 winners during a part-time training career that spanned 35 years and he has the distinction of having prepared one of the horses that figured in the only dead-heat in a Hobart Cup.

Southerwood prepared Trusty Blade that hit the line in sync with Nadir Shah in the 1920 Hobart Cup.

He also won four Newnham Cups and as many Devonport Cups that formed part of 30 feature races that were captured by a man who had a reputation of giving more than he received and who was regarded as a genuine lover of the equine species.

Southerwood also served as an administrator. He served on the committee of the Tasmanian Turf Club for 27 years during which time he made a substantial contribution.

A very popular induction into the HOF is the Examiner Newspaper’s chief racing writer Greg Mansfield.

Mansfield has been covering Tasmanian racing for over 30 years and during that time he has earned the respect of all in the industry.

He has covered thoroughbred and harness meetings, primarily in the North and North-West with finesse and great accuracy for three decades.

His columns and comment pieces are well read and one thing that has helped earned him credibility is his ability to tell it as it is and offer to his readers both sides of any conflict on major issues.

It capped a great few weeks for Mansfield who also was inducted into the Tasmanian Turf Club’s Hall of Fame last month.