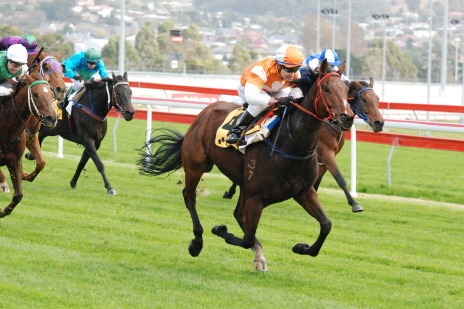 With top jockey Stephen Maskiell in the saddle, Mankini Man showed good early speed to sit on the pace before his rider allowed him more rein to find the front.

The gelded son of Partner’s Choice-On Herself sped clear and had enough in reserve to score comfortably from Another Hope and Sand Or Stars with Qui City a close-up- fourth.

Mankini Man emerged as a potential winner at his previous outing when an eye-catching sixth of 14 behind Serpents View in a 1400-metre maiden on April 15.

After that run Kennedy said she was inundated with offers to ride the gelding at his next start.

Listen to what trainer Tania Kennedy had to say about Mankini Man’s maiden win – click here .