Mare “Tuffs” it out to win maiden 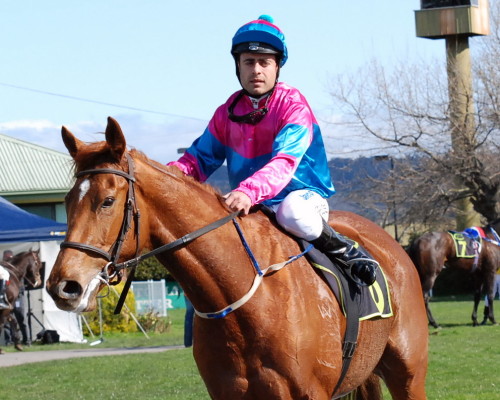 LONGFORD trained mare Ruff ‘N’ Tuff lived up to her name at The TOTE Racing Centre at Launceston on Sunday, breaking her maiden status with a battling display to win over the 1400 metres.

Young apprentice Chris Pace, who had ridden the four-year-old mare in her previous two starts, was able to find the lead on the fence. Ruff ‘N’ Tuff and race favourite Avachar drew clear of the field in the straight to stage a two horse war over the final 200 metres.

Hitting the finish almost in sync the pair was separated by the judge with a nose the winning margin, earning horse and jockey a well deserved victory.

It was Pace’s first win of the season and trainer Barry Baker was very happy with the result.

“We are more than pleased with her” Baker said.

“We expected her to run a big race today. Top three we would have been happy with but the win was a bonus” he said.

Baker having broken her in knows her all too well and thinks his four-year-old will have a future over more ground.

“I definitely think she is a staying filly, she has just taken a bit of time to mature” he said

After a solid performance over the 1400 metres, Baker will look to contest a mile race for her next start.

“She has had a freshen up and now we will look at more distance. Ideally we would like to find a 1600 metre race but will wait and see how she pulls up” Baker said.