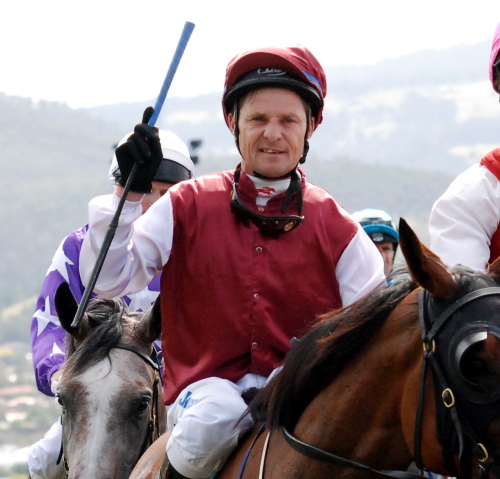 ONE of Tasmania’s leading jockeys Stephen Maskiell was today suspended for three months throwing his summer carnival aspirations into disarray.

Maskiell is fresh from a win aboard the Lee Freedman-trained Ludka in the Listed $90,000 Betfair Hobart Guineas for international owner Sheikh Mohammed bin Rashid Al Maktoum.

Maskiell was charged and found guilty by stewards under AR 135 (b) over an incident at Tattersall’s Park in Hobart last Sunday week (January 16) in that he failed to take all reasonable and permissible measures to allow his mount I Said to finish in the best possible position in the class four handicap (race eight).

Stewards opened the inquiry last Sunday but it had to be adjourned when Maskiell rushed to the side of his wife Yasmin Maskiell who suffered head injuries as a result of an incident in the stripping stalls at Tattersall’s Park after the last race on Sunday.

The incident that convinced stewards to lay the charge existed at the 250-metre mark where they (stewards) alleged Maskiell’s mount obtained a clear run but the rider failed to use any vigour to enhance I Said’s chances of finishing in the best possible position.

I Said was sent out the $3.40 favourite. The race was won by the Charlie Goggin-trained Hypothermia.

Maskiell’s suspension starts at midnight on Sunday (January 30) which will allow him to fulfil his riding engagements at Launceston on Thursday night and at Devonport on Sunday.

The suspension ends at midnight on April 30. Maskiell has 14 days in which to lodge an appeal.