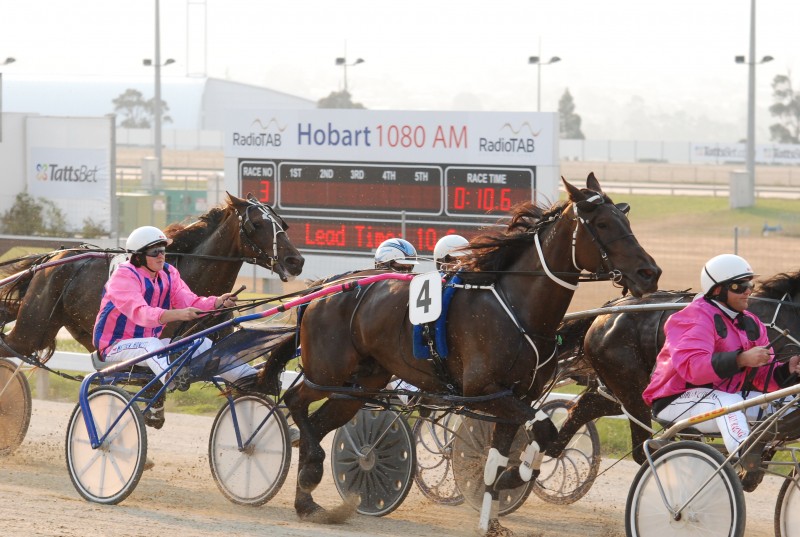 Matthew Howlett made the most of securing decent drives in the two heats of the Youngbloods series in Devonport tonight by notching a win and a second to take a commanding lead with only two heats remaining.

Howlett, 16, is the youngest of three brothers contesting the series with eldest sibling Justin in fifth spot and Braden equal second after snaring a second and a third tonight.

Howlett produced a masterful drive to win the opening heat (race 3) when he landed Feelin Better in the one-out-one-back position.

he peeled out three-wide to challenge leaving the back straight and cruised to the lead in the home straight to defeat his brother Braden aboard Barrys Best with Lyarna Graham’s charge Butters a close-up third.

The second heat (heat four in series) was won by the Brady Woods-driven Paddys Ace that trailed the leader Notimetothink (Matthew Howlett)  to the home turn where the leader shifted up the track and Woods urged his charge to scoot through along the rail and went on to defeat Notimetothink with Gothic Rage (Braden Howlett) a closing third.

The last two rounds in the series will be run in Launceston on Sunday night.