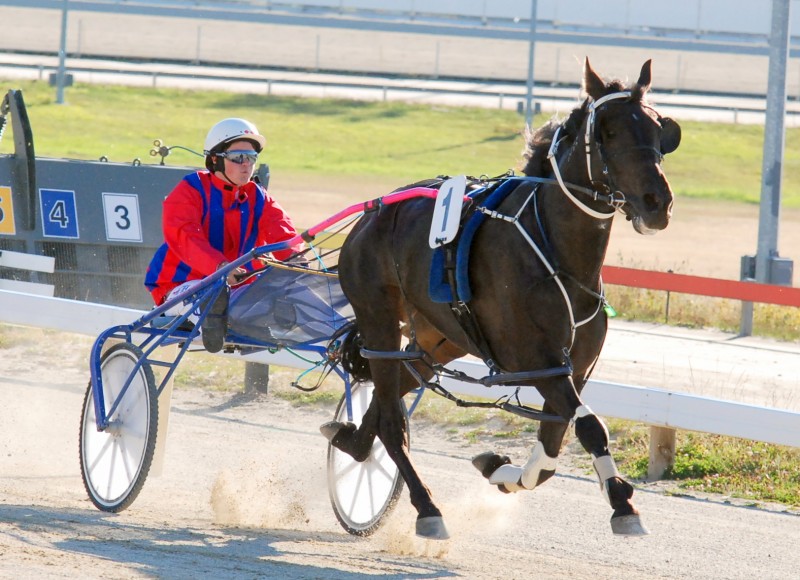 TEENAGER Matthew Howlett became the youngest novice driver to win a Bullock Consulting Youngbloods Challenge when he partnered the aptly named Deliverthegoods to victory in the final heat of the popular series at The TOTE Racing Centre in Launceston last night.

Howlett ended the five-race series with 61 points courtesy of two wins, two seconds and a sixth.

Brendan Gebel was the youngest to win the series. He was triumphant aged 16 years and 10 months.

Howlett turned 16 in October last year and he has only been driving in races since November 2013.

His two older brothers Justin (19) and Braden (17) also contested the series with Braden finishing second on 41 points while Justin, who won the opening heat aboard Rainless, finished fifth on 36 points.

The series was contested by 10 of Tasmania’s best novice drivers aged 23 or under at the start of the racing season (September 1).

Tasmania is blessed with young talent coming through the ranks with the Howlett brothers joining the three Rattray brothers of James, Gareth and Todd while newcomer Brady Woods is making an impact along with Lyarna Graham who led this series after two heats.

But this series belonged to Matthew Howlett who has an amazing strike rate for someone so young and new to the game.

Howlett has notched six winners and nine minor placings from only 29 drives.

His performance in the sulky and his demeanor around the race tracks has earned the respect of all in the industry and he is already being likened to seven-time premiership-winning driver Gareth Rattray.

Below is a list of previous winners of the Youngblood series with their ages provided in brackets.

Tammy Mollross won the series three years in succession although the middle pin of her treble was shared with Tamra Fawdry.

Mollross has gone on to be a successful thoroughbred trainer in her own right after spending many years as stable foreman for 13-times premiership winning trainer Charlie Goggin’s satellite stable at Geelong in Victoria.

Nathan Garwood also completed the hat trick of wins in successive years from 1999 to 2001.