McCoull brings up the ton 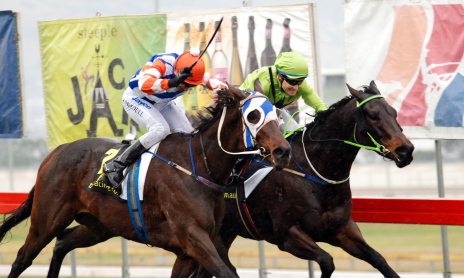 While both rode well it was McCoull who had the biggest celebration with his third winner for the day Pallone giving him his 100th winner for the season.

With three meetings remaining this season McCoull, who was inducted into the Tasmanian Racing Hall of Fame last year, has the chance to break his own record of the most number of wins in a season that stands at 109-1/2 set in 2005-06.

Kelvin Sanderson won the 2YO Handicap aboard Father Nee for trainer Stephen Lockhart, apprentice Jacques Luxe guided the Vicki Rhind-trained Brave Mukky to an all-the-way win in the BM78 Handicap over 1550m and Dianne Parish teamed up with the Michael Voss-trained Fugitive Lass to win the Class One handicap over 1100m.