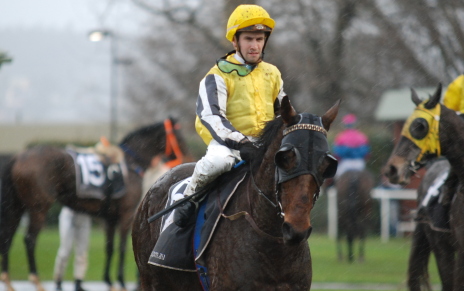 WHITEMORE trainer Graeme McCulloch doesn’t hold high hopes for his five-year-old Memo winning many more races but he was grateful for his maiden victory at The TOTE Racing Centre in Launceston on Sunday. On a track rated a heavy 8, Memo was given the run of the race by last season’s leading apprentice Rasit Yetimova who had the gelded son of Partner’s Choice settled just off the pace and poised to pounce nearing the home turn. When Yetimova called on Memo for the supreme effort in the home straight the gelding responded by surging clear and he went on to score comfortably from General Gee and first starter Rosemount Dara. McCulloch bred Memo from one of his stallions Partner’s Choice that burst onto the scene with his first crop of two-year-olds winning multiple races and he earned a reputation as a sire of horse that had a looking for soft ground. Memo certainly proved that right the way he carved a swathe through the field as the rain pelted the StrathAyr grass track. Although McCulloch added that Partner’s Choice progeny also have a great strike rate on the synthetic surface at Devonport. Memo was having his 17th start but the gelding has definitely paid his way this preparation with four minor placings in succession prior to breaking his maiden status. Listen to what trainer Graeme McCulloch had to say about Memo’s maiden win – click here .