McEvoy confirms Pelicano to start in both cups 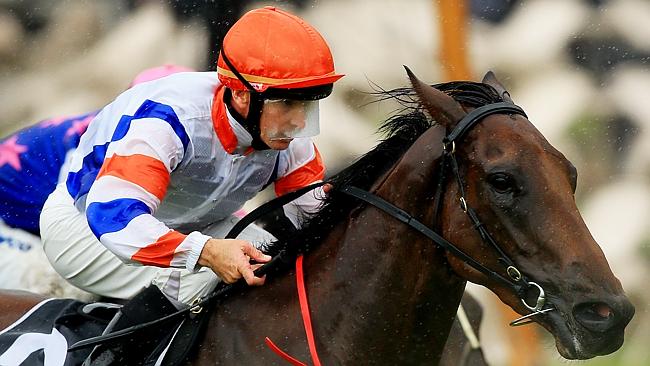 INTERSTATE thoroughbred trainer Tony McEvoy set his sights on the Betfair Hobart and Launceston Cups with his talented stayer Pelicano about four months ago and today he confirmed it was all systems go for the trip across Bass Strait.

Pelicano has had three runs this time in and while he appeared a shade disappointing at his most recent outing in the Gosford Cup (2100m) just over three weeks ago McEvoy remains confident he can achieve the desired result in Tasmania.

Pelicano is a winner of two races at 2400m or beyond and he usually takes three or four runs before he hits top form.

He resumed from a 12-month break with an eighth of 15 at Randwick and followed up with a fourth of 10 at the same track in the Summer Cup over 2000m.

At his most recent stat this preparation he was sixth of 10 in the Gosford Cup but beaten only 1.6 lengths when ridden by Hugh Bowman.

South Australian jokey Matthew Neilson has been book to ride Pelicano in the Hobart Cup.

McEvoy will also load a traveling mate onto the float with Pelicano in the form of three-year-old filly Monopole that will contest the Strutt Stakes (2100m) on Hobart Cup day in preparation for the Tasmanian Oaks in Launceston on February 22.

Monopole is only lightly raced having had one start last season and two at Gawler this time in that resulted in two seconds in 3YO and upward maidens over 1700 metres.

“Monopole is still a bit immature mentally and she is quite inexperienced but she has shown me enough to warrant testing her in Listed company,” McEvoy said.

“I’m sure that traveling away from home will be a god thing for her so I am quite looking forward to seeing what she can do in Tasmania,” he said.

Listen to what trainer Tony McEvoy had to say about Pelicano.