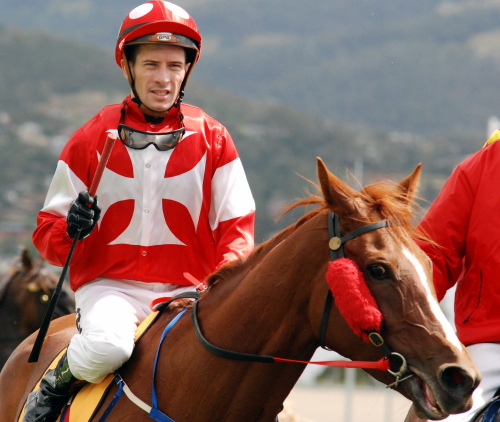 Hall of Fame trainer Walter McShane was at his wits end with galloper Mythical Gem so he reverted to do-or-die tactics on the training track in an endeavor to secure that elusive win.

At Tattersall’s Park in Hobart last Sunday Mythical Gem delivered the goods in a maiden/class one over 1600 metres, scoring a game win over Tough Midori and Ammolite.

Mythical Gem (Atlantis Prince-Crystal Qui)had finished last or near last at all four of her previous outings and as she had been balloted out of races because of her poor form McShane suggested to the mare’s connections that she be retired after last Sunday’s run.

But as often is the case, Mythical Gem made a mockery of such a suggestion. She hit the front and was clearly headed but she fought back well to gain the upper hand right on the line.

Listen to what trainer Walter McShane had to say about Mythical Gem’s win – click here .