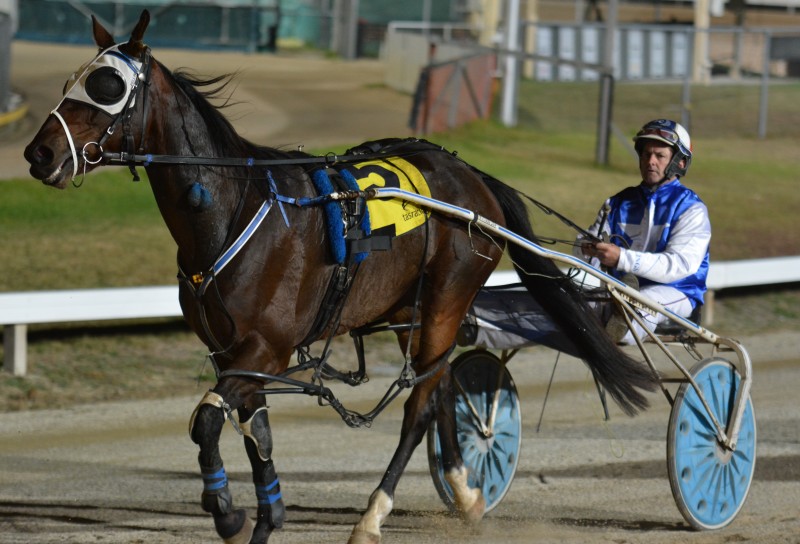 CONSISTENT pacer Me Mate Les has been promising to win a feature race for some time and on Sunday night he finally delivered the goods when he powered home to take out the Light Harness Tasmania Cup over 2579 metres at Tattersall’s Park in Hobart.

Me Mate Les went into the race on the back of a handy fourth in a heat a week earlier.

With ace Victorian reinsman John Caldow aboard, the gelded son of Real Desire trailed the leaders to the home turn before easing out three-wide to challenge and he finished too powerfully for his rivals.

Me Mate Les went on to score by four metres from Supersub that faced the breeze for the final two laps, with Might Jasper coming from well back to grab third 3-1/2 metres away.

The six-year-old has only been with trainer Andrew Rawlings a short while but he has managed to get the best out of the gelding while in his care.

Listen to what trainer Andrew Rawlings had to say about Me Mate Les’ Light Harness Cup victory.