Medhurst back with a vengeance 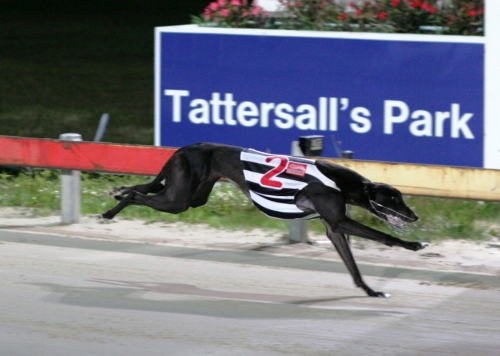 TED Medhurst has only been back training a short while but it didn’t take him long to prepare his first feature race winner.

Medhurst had about three years on the sidelines but he was back with a vengeance in Hobart last Thursday night where his lightly raced dog Break Even scored a runaway win in the Right Price Meats Cup over 461 metres at Tattersall’s Park.

Break Even began brilliantly from box two to lead but the odds-on favourite and unbeaten dog Rewind was right beside him as they sped to the top turn.

But when Topline Usane (8) crowded the favourite and checked him as they raced past the 340m start boxes Break Even pinched a break on his rivals and it was enough to secure him an easy victory ahead of Rewind with Oxidise a closing third.

Break Even, owned and raced by Helen Pringle from Queenstown, is only lightly raced with this his fifth win at only his 11th start with five minor placings helping to bolster his stake earnings to almost $8000.

Medhurst claimed a double when his well bred bitch Calling Out scored an impressive win in a grade five over 461 metres.

Calling Out flew the lids from box seven to set up a handy lead but when she tackled the home turn she drifted wide up the track allowing Posh Larry and the favourite Due Diligence to sneak through on her inside.

But she found plenty in the home straight to regain the lead close to home.

Calling Out hit the line a head clear of Posh Larry with Due Diligence a close-up third.