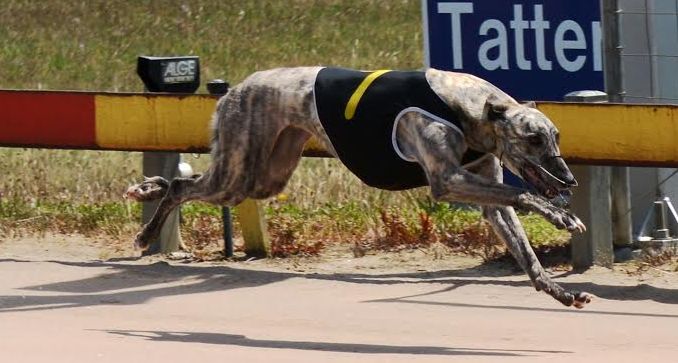 Medhurst will be represented in four of the seven heats on today’s 10-event card at the Devonport Showground.

His recent Illingworth Classic winner Demi Cali has drawn ideally in box one in the fifth heat (race 7) which should give him at least one finalists if she displays her usual manners at the start.

She goes up against Hekate Bale from the Kelly Bravo kennel and another Victorian entry Blue Mayhem from the Craig Davis kennel at Altona Green.

Only five interstate dogs will tackle the heats of which four are from the Bravo kennel.

Prescribe is one of Medhurst’s most promising sprinters and this hard railer gets his chance to make it into a big race final from box two in heat two (race four).

Prescribe is from the St Pierre-Wongawilli Wala litter that has produced multiple winners and Medhurst has always been of the belief that Prescribe is the fastest.

But his biggest problem is that he has star sprinter Senior Slamma from the Gary Johnson kennel in box one and should he sling-shot from the boxes he will be the one to beat.

Medhurst’s hit and miss performer Star Chamber might struggle in his heat (race 8) as he goes up against She’s All Class (box 4), Sing The Song (8) and Her Highness (7) that is from the Bravo kennel but spent much of her early racing career in the care of Broadmarsh trainer Keith Nichols.

Medhusrt has Dark Vito in sensational form winning his past three impressively in Launceston and while drawn awkwardly in box six he is still likely to make his presence felt at the business end of proceedings.

Recent Billy Grice Memorial winner Bain’s Lane from the Brendan Pursell kennel looms as the main danger if he begins as well as he did to win the Grice Memorial and Bravo’s Hobart Thousand runner Blurred Lines also is a contender along with the Ben Englund-trained Wynburn Rush.