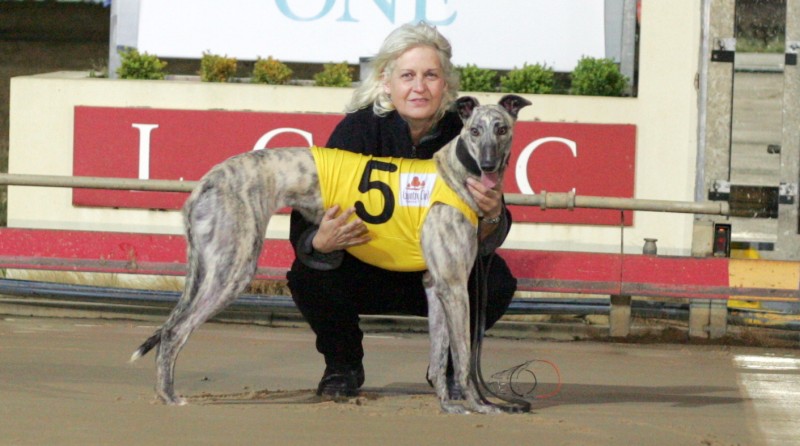 TOP Tasmanian trainer Ted Medhurst  provided three of the runners from the same litter in the Gold Collar final in Launceston on Monday night but it was the rank outsider of his trio that emerged triumphant.

Demi Cali ($18.30) showed the better box manners to lead from box five while the favourite Mandy Charm ($3) missed the start from box three as did Prescribe (6) that drifted slightly in betting from $5 to start at $5.50.

Demi Cali (St Pierre-Wongawilli Wala) made her way into the final courtesy of a second to Buckle Up Fletch in their heat.

Surprisingly Buckle Up Fletch (8) was backed in to start equal favourite with Mandy Charm  on the strength defeating Demi Cali by almost nine lengths in their heat.

Mandy Charm clocked 29.72 in winning her heat over 515 metres while Buckle Up Fletch stopped the clock at 29.87.

The Demi Cali litter was bred by Debbie Cannan who prepared the sire St Pierre to win an Australian Cup.

He found all sorts of trouble from box six that included being run off the track at the first turn by Kenny’s Cruise.

Prescribe settled near last but he made up an incredible amount of ground in the back straight and ran up behind them as he turned for home.