Meeker on road to recovery 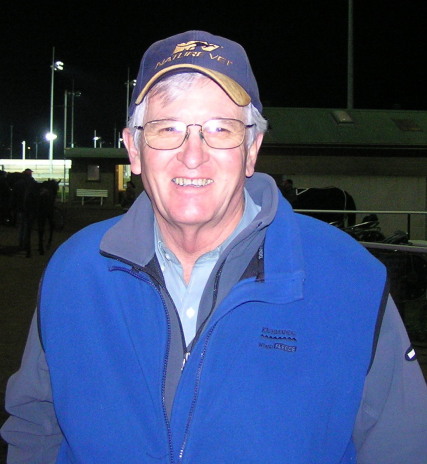 Meeker suffered the attack while tending a horse trained by Royston Carr at the Brighton Training Complex.

Carr was applying Cardiopulmonary resuscitation (CPR) within a minute of Meeker falling to the ground, a process he maintained until the ambulance arrived.

He was rushed to the Royal Hobart Hospital with paramedics needing to apply defibrillator paddles twice in an endeavour to keep Meeker alive.

Mixed messages emerged with many industry participants convinced he had passed away but Meeker had other ideas.

He was placed in an induced coma for about 24 hours and late on Friday afternoon he was awake and talking to his wife Shirley and family members who had gathered at his bedside fearing the worst.

“I remember going to Royston’s stables but I have no recollection of what happened from then to when I woke up yesterday,” Meeker said yesterday from his ICU bed.

“I believe I owe my life to Royston so I’m looking forward to thanking him when I get back to his stables, which will hopefully be in the very near future,” he said.

Meeker expects to remain in hospital for at least a few more days.

“They will do an angiogram tomorrow (Sunday) to try and detect what may have caused the heart attack and then we’ll take things from there.”

“To be honest I feel really good and if it wasn’t for people telling me that I was in a very bad way I’d be pushing to get out of this place and go back to work.”

“I believe some people wrote me off but I’m still here and I mean to stay around for quite a bit longer,” he said.

Meeker, who was born in Oregon, USA, has operated his Mobile Equine Veterinary Clinic in southern Tasmania since 1990, a business he started just months after the sale of Neptune Standardbred Stud that he co-founded with American compatriot David Wallach.

Neptune Stud was considered in its heyday to be one of the best standardbred studs in Australia and Meeker was responsible for introducing some of the best stallions to stand in the state.