Mick From Derry a part of McShane dynasty 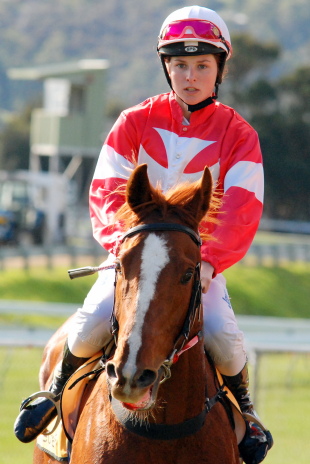 WHILE Walter McShane was breaking in a yearling by Atlantis Prince from the well performed mare Aliocha Lady he tried many methods to stop the youngster from acting up during the process.

Eventually McShane gained the upper hand but the horse left a trail of destruction in his wake, including hospitalizing one of McShane’s stable hands.

However, all was forgiven when the gelding named Mick From Derry scored an impressive win in the Raine & Horne 3YO and Up Maiden over 1400 metres at Tattersall’s Park in Hobart last Sunday.

Mick From Derry was partnered by talented Victorian apprentice Rebecca Williams who has made quite an impact, snaring a double at her first two meetings in Tasmania.

Brendan McShane, Walter’s son and fellow trainer, explained how Mick From Derry was so named and the tale is fascinating.

Listen to what Brendan McShane had to say about Mick From Derry – click here .