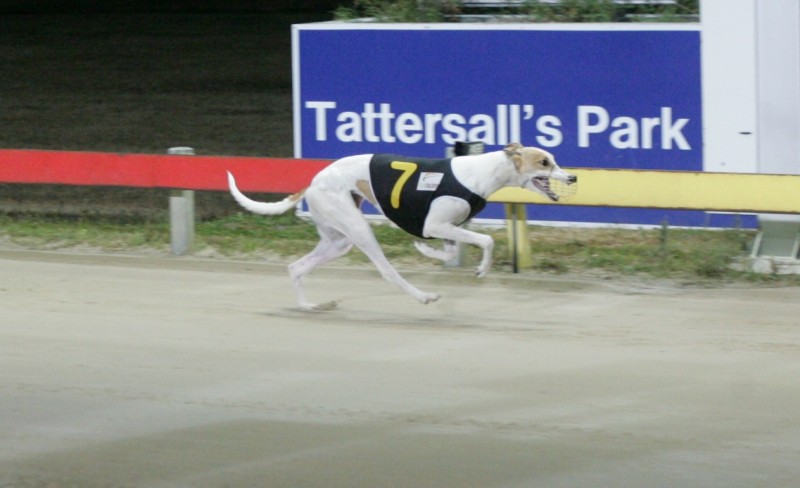 TALENTED greyhound Ireland’s Force should add another feature race win to his growing list of achievements when he steps out in the Hotel patrons Middle Distance Final over 600 metres at The TOTE Racing Centre in Launceston tonight.

Ireland’s Force has been racing in top form and other than for a glitch when he found trouble two starts back he his form has been impeccable.

His heat win from box two last week was outstanding scoring by a length from Classic Barbie that established a three-length break in the back stretch but Ireland’s Force proved too strong storming home along the rails to win by a length. With the winner clocking a handy 36.16.

Ireland’s Force has to contend with box four tonight while Class Barbie has again drawn the inside box (1) so she should lead provided she begins as well as she did in her heat.

The other heat winner Dixie Lane has again drawn box three from which she led after beginning brilliantly.

She scored by over six lengths from Surf’s Up Nova that trailed the winner throughout but based on the winner’s time of 35.69 it would be hard to see anything having the better of Ireland’s Force (4) or Class Barbie (1) which looks the best quinella on the 10-event card.