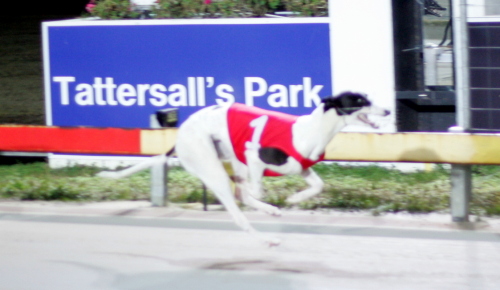 FORMER Victorian greyhound Miss Glory appears to have found her niche over the middle distances in Tasmania.

The Susan Gittus-trained bitch made full use of the inside box to settle just behind the leader Montague Jan but when the gap appeared turning for home she darted through and went on to defeat Big jack Sparrow by 2-1/4 lengths with Montagu Jan almost a length astern.

Miss Glory began her career in a blaze of glory with a win at Sandown and she notched another win two starts later and five subsequent minor placings from nine more outings on that track.

Her form in Tasmania has been consistent over the shorter trips but she seems to be more comfortable over the middle distances.