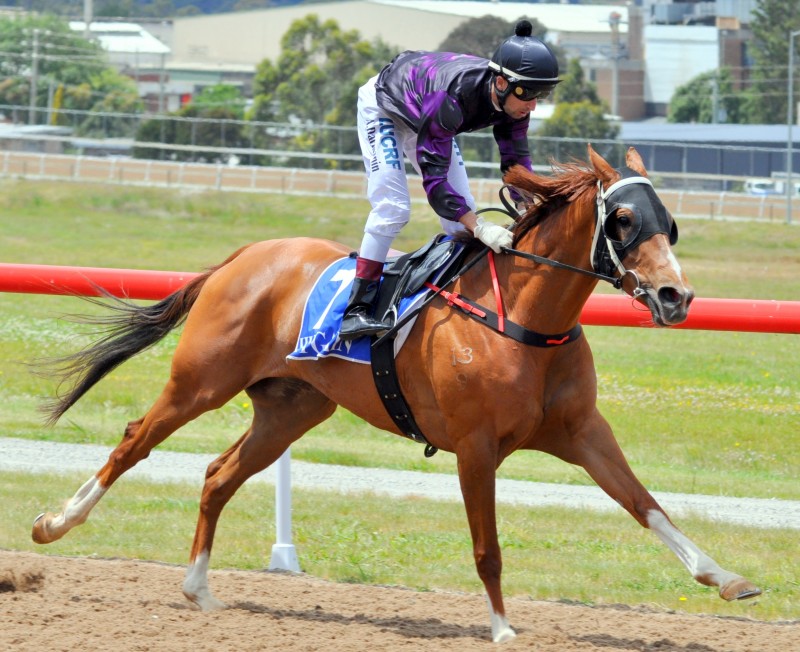 TALENTED mare Miss Eye Candy produced her best performance this preparation at Spreyton on Sunday where she powered her way to an impressive win in the Birdcage Tavern Function Centre Benchmark 62 Handicap over 1000 metres.

Miss Eye Candy finished last of 11 at her first two outings this time in but she improved to run midfield in a BM62 in Launceston prior to stepping out on Sunday.

The Christie Burt-trained five-year-old mare made the most of the inside barrier to settle just behind the leaders Gee Gees Style and Bernaurd.

When Geegees Style laid out turning for home it presented Miss Eye Candy with a huge gap to run through and she burst clear and went n to defeat Gee Gees Style with Bernaurd hanging on for third.

It was the mare’s fourth career win and her first from four starts this campaign.

The mare’s owner Tony Smithy was thrilled with the win and predicts more in the coming months.

It also was one of three winners for in-form jockey Anthony Darmanin who also scored aboard the John Keys-trained That’s What We Do and Gee Gee’s Boss for Leon and Dean Wells.

Listen to what owner Tony Smith had to say about Miss Eye candy’s latest win.