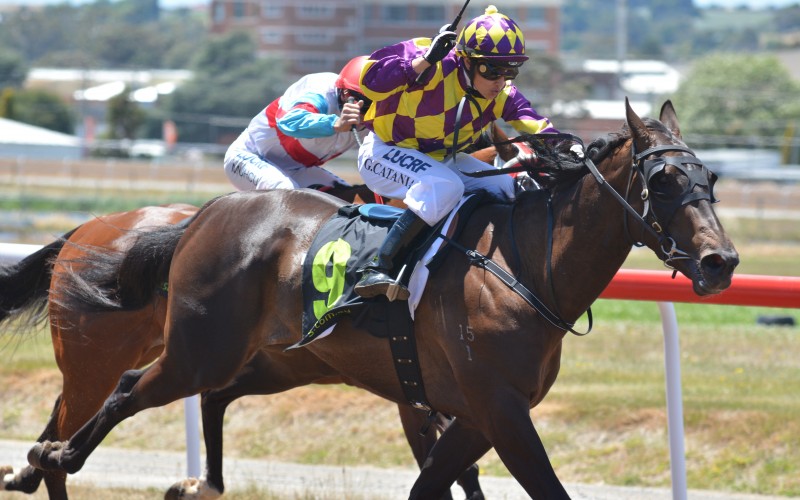 WELL bred filly Miss Mars defied a wide gate and a change of riding tactics to score an emphatic win in a 1000-metre maiden at Devonport today.

Etown led but was always accompanied by Gee Gees Supreme while Miss Mars (apprentice Georgie Catania) was allowed to settle back in the field from her wide barrier (9 of 9).

Etown shrugged off Gee Gees Supreme turning for home but when Miss Mars was asked to extend by Catania at the top of the home straight the filly quickly hauled in the leader and went on to win by over two lengths from Etown with first starter Cynical Man a closing third a similar margin astern.

Miss Mars’ trainer John Blacker was pleased with the performance and predicted more wins this time in.

Listen to what trainer John Blacker had to say about Miss Mars.