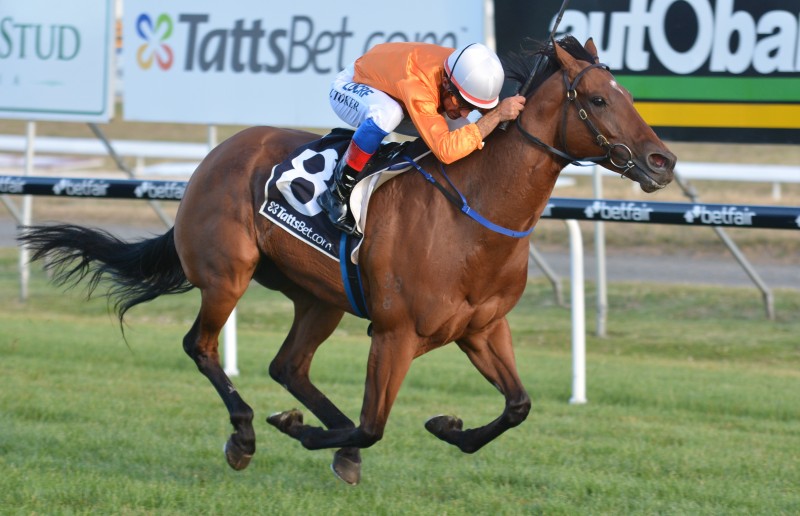 QUALITY Tasmanian mare Miss Middleton get the chance to notch her first Group win when she tackles the $125,000 Vamos Stakes over 1400 metres under lights in Launceston tonight.

Miss Middleton began her career in Tasmania with Spreyton trainer Barry Campbell winning multiple races before being sent to Bart Cummings for two preparations in Melbourne and Sydney.

The mare was devoid of success interstate but at her first start back in the state for Campbell she scored an emphatic win in the Craig Hanson Memorial over 1200m in Launceston on New Year’s Eve.

Campbell has always rated Miss Middleton a quality galloper and after she finished second in the Bow Mistress he all but declared she would win the Group 3 Vamos.

With the Bow Mistress winner I Love It at home in her paddock in Victoria, Miss Middleton will be up against only four other interstate invaders that she beat home last start as well as the five other local mares that finished well behind her in the Bow Mistress.

South Australian mare Goodfun Girl has the potential to spoil the party for Miss Middleton as her last start victory at Morphetville Parks in an open handicap over 1400 metres  convinced her connections to target the Tasmanian race.

Goodfun Girl is trained by Leon Macdonald and Andrew Gluyas at Morphetville (SA) and she will be ridden by Clare Lindop who has ridden the daughter of Starcraft to victory in all three wins this time in.

Of the remaining interstate invaders Lady Lakshmi should offer the greatest opposition as she was doing good work at the finish of the Bow Mistress and she gets to her pet distance (1400m).

Lady Lakshmi was third in the Bow Mistress and looked in need of the run so she will be much improved from the outing.

Nadeem Lass and Vibrant Rouge are likely improvers while Angelic Lass would need to lift her game considerably on what she showed in the Bow Mistress to make an impact tonight.

Of the locally owned and trained mares Sh’bourne Spirit could show up especially if she mirrors her effort to win the Lady Lynette prior to tackling the Bow Mistress in which she finished seventh beaten 6-1/2 lengths.

Three local mares that did not run in the Bow Mistress, Allegro Dehere, At The Weekend and Merrick’s Beauty, that was scratched from the Bow Mistress, all have good enough credentials to be competitive at the business end of proceedings.

Peter Staples tips for the eight-race card in Launceston.