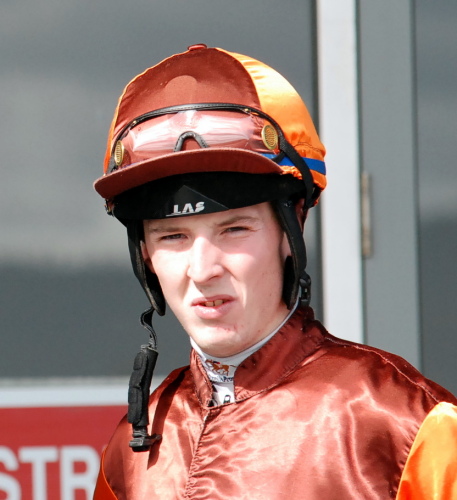 IRISH born apprentice Ronan Keogh set a goal at the start of the season of establishing himself in his new place of abode and to win the apprentice’s premiership.

he achieved both goals by snaring the apprentices title with 31 winners that included a double at the last meeting of the season in Hobart last Sunday.

Keogh rode in Tasmania for about five months last year to test the water and decided it was a place where he could further his riding career.

He returned home to Ireland to tidy up loose ends and returned to for the new racing season (2009-10).

However, acquiring his license to ride and securing an apprenticeship didn’t come easy but eventually he was indentured to Roches Beach trainer Julie Richards.

He quickly established himself as a sought after rider with trebles and a four-win haul in Launceston encouraging others to put him on and give him hope winning the state apprentice’s premiership.

He achieved that goal comfortably but not without a serious challenge from James Riordan who struck a purple patch mid-season that gave him a chance of snaring the title.

But Keogh emerged triumphant and despite having the premiership wrapped up going into the last meeting of the season he guided race favourite Childhood Dreams to victory in a maiden and delivered the goods aboard the Jason Clifford-trained Terra Run that arrived at bolter’s odds of $24.

Listen to what apprentice Ronan Keogh had to say about his season – click here .