Mister John out for a spell 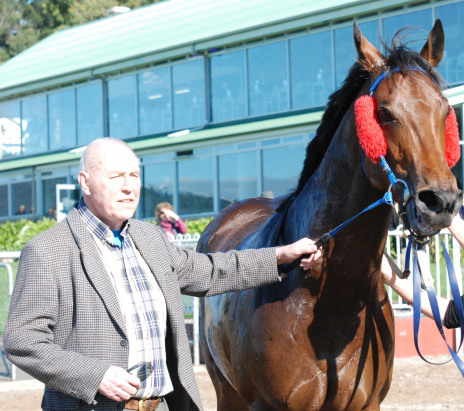 TASMANIAN Guineas winner Mister John has been dispatched to the spelling paddock and may not resume racing until next season.

The gelding’s owner-breeder Dr John Burke indicated after the three-year-old won the Guineas that he would be “tipped out” owing to his immaturity.

“I really believe this horse is special so I want to give him every chance to mature without being over taxed on the race track,” Dr Burke said.

“There was always the temptation to go on to the Hobart Guineas over 2100 metres and he may well have been able to do that but I had doubts.”

“Sending him out for a spell now will do him the world of good,” he said.

The gelding scored an emphatic win over Kenjorwood and What Life Brings in the $90,000 Listed race over 1600 metres under lights in Launceston last Wednesday night

Mister John is prepared at Brighton by Royston Carr who predicted at the end of the gelding’s two-year-old season that he thought the horse was a genuine Guineas prospect.

Mister John is by Strada from former classy mare Kats Clause that won multiple races on metropolitan tracks in Victoria as well as numerous races in her home state.