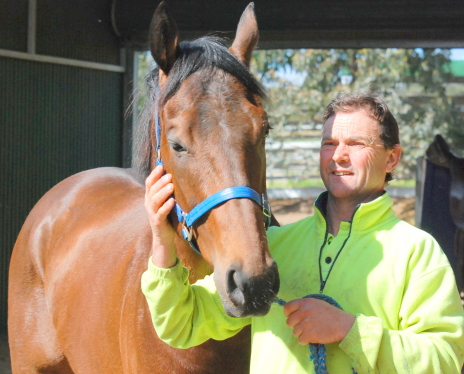 ONE of last season’s better performed two-year-old Mister John makes his long awaited return to racing at Devonport on Sunday.

Mister John was unbeaten from two starts last season. He scored impressively on debut at Devonport in May on the synthetic surface before ending his campaign a month later with a win at The TOTE Racing Centre in Launceston.

The well-bred three-year-old is by Stratum from former classy race mare Kats Clause that was owned and raced by Dr John Burke who also races Mister John.

The gelding will line up in the Good Luck Wade Hadley Class 2 Handicap over 1150 metres that boasts only a small field of eight but it is laden with talent.

Mister John had only a few weeks off after his last start but is very forward in condition.

Listen to what trainer Royston Carr had to say to Tasracing’s Peter Staples after Mister John had finished trackwork at Brighton on Wednesday – click here .