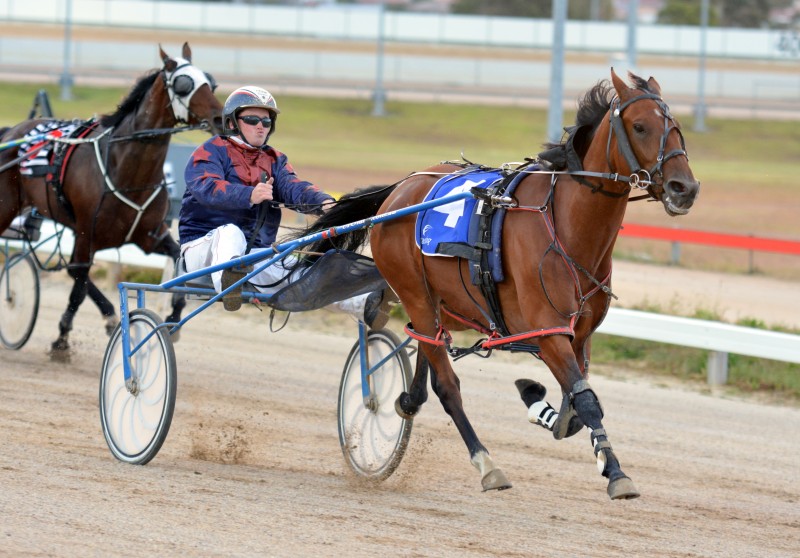 Mister Lenox made it three wins in succession when he cruised to a 5.75-metre victory over the much improved Springfield Tattoo with Boltnmach over three metres away.

Top reinsman Gareth Rattray gave the Juanita McKenzie-trained colt a gun run in the one-out-one-back position and when he eased three-wide 400 metres out to mount a challenge he quickly put the end result beyond doubt.

He clocked a mile rate of 2.00.4 with a last half run in 58.65 seconds without being fully extended.

Mister Lennox has won five of his six starts this season and while this latest win looked effortless his trainer was not overly impressed.

“I would have liked to see him win more emphatically but that might be just me being a very hard task master,’ McKenzie said after the race.

“I’ve got a week to work on him but he is in good form and you can only beat what you are up against and he’s been doing that regularly this season.”

“I gave him a bit of a break after his win in January and he did all he had to do to win before this latest effort,” she said.

Mister Lennox is owned and raced by Barry Cooper and members of his immediate family.