Modern Ruler back to defend title 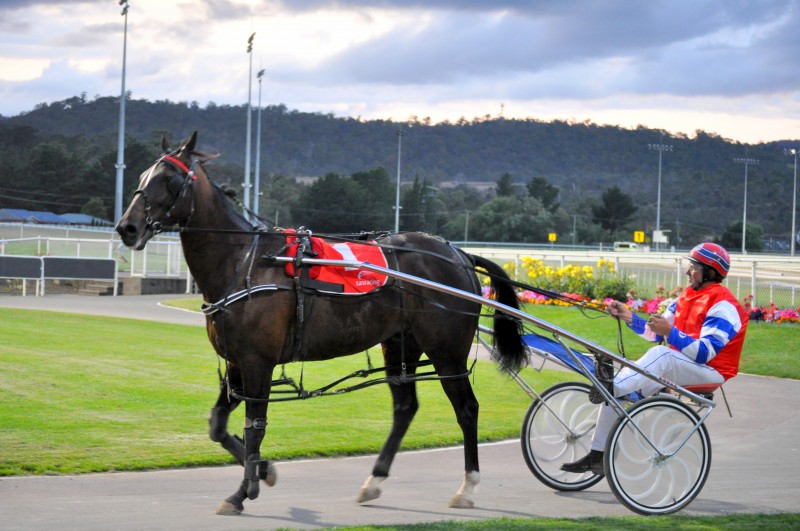 The build up to the 2015 Devonport Cup commences at the Devonport Showgrounds on Sunday night when the local club host a ten race card. The $25,000 Devonport Cup will be held on Sunday 8 March.

The feature events on Sunday night are the $10,000 Tasracing – Leigh Plunkett (R5) for C1/C3 mares and the $10,000 Mitavite Devonport City of Quality (R7) for open class pacers. The mares race has plenty of depth with Miley Rose (N6) and Robyn Scherbotsky (N10) the early favourites.

Local trainer Steve Davis won the 2014 Devonport City of Quality with Modern Ruler (N5) and he is back to defend the title in 2015. Modern Ruler is a 6YO gelding who won a Launceston Free For All on 9 January at his first start for eight months. Motu Crusader was second. Blue Pointer (N4) is likely to start favourite after two excellent performances in December. The Barrie Rattray trained 5YO gelding won the $20,000 City of Launceston Cup and was third to Star Chamber in the $40,000 Tasmania Cup.

Seven horses are having their first race start or first start in Tasmania. Card Shark Kiwi (R1 N2) is having his first race start and is trained by Chris Aylett. The 3YO colt was second of eight in a Carrick trial on 3 January. Smileturner was first in a relatively fast time. Recent winners Helenshall and Fawzia were third and fourth in the same trial.

Tiseh Jo (R1 N5) is having her first race start and is trained by Ben Yole. The 3YO filly qualified to race at the Melton (Vic) trials in December 2013.

Howdy Halo (R1 N9) is having his first race start and is trained by Dick Eaves. The 5YO gelding finished third of four in a Carrick trial on 10 January. The time was very slow. Zimero won and Mon Soie was second.

Badtothebone (R2 N5) is a 5YO ex Victorian pacer with a career record of 36 – 2 – 0 – 1. Now trained at Devonport by Carol Adams, Badtothebone was placed fourth at Ballarat in early November.

Cant Be Wrong (R2 N9) is having her first race start and is trained by Brett Bailey. The 5YO mare was fourth of five in a Hobart trial on 17 December behind Gotta Go Amigo, Charlie James and Dee Dee Bobby.

Rajah Wealth (R8 N7) is a 7YO ex Victorian pacer with a career record of 75 – 8 – 16 – 12. Now trained by Ben Yole, Rajah Wealth has won two of his last four starts including a Geelong Claimer victory on 13 January.

A detailed form analysis for Devonport is available at www.tasracing.com.au in the Punters Corner section.