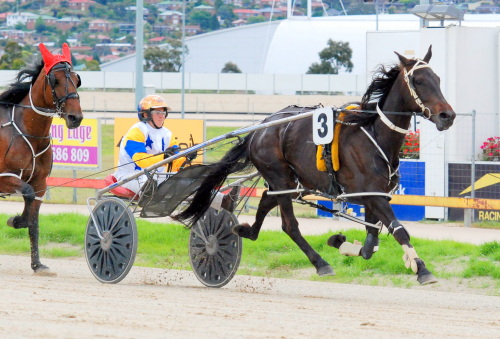 BRIDPORT harness racing trainer Grant Hodges has a handy new addition to his stable in the form of well-bred four-year-old mare Modern Society.

In Hobart last night (Wednesday) Modern Society showed her rivals a clean pair of heels as she powered her way to an impressive all-the-way win in the Terence Burr Stakes (C0-C1) over 2090 metres.

It was the mare’s second start in Tasmania and her trainer-driver Grant Hodges believes it won’t be her last this preparation.

“When she came to me from Melbourne she had some fair form behind her but it took me a while to get her in the right frame of mind.”

“She is a lovely pacer but she needed to be toughened up a bit and I think she has improved dramatically in that department,” he said.