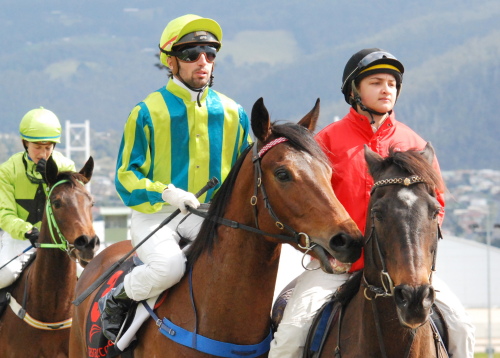 BRIGHTON trainer Paul Jones rarely gets over excited about his stable tenants but after his three-year-old Molvivre saluted on debut at Tattersall’s Park last Sunday he suggested the son of Savoire Vivre could have a bright future.

Molvivre showed good early speed to find the front and despite being attacked by the well backed Miss Elizabeth to the home turn the gelding forged clear and went on top score by almost two lengths from another first starter Top End Of Town with Delago Wood coming from well back on the home turn to finish third but 2-1/2 lengths astern.

Molvivre is from the Magic Albert mare Miss Molik that was lightly raced in the care of Longford trainer John Blacker.

Miss Molik only had 10 starts for a win in Hobart over Our Magic Boy. She was retired to stud early because of injury.

Listen to what trainer Paul Jones had to say about Molvivre’s win – click here .