Mountain Glory to stand at stud 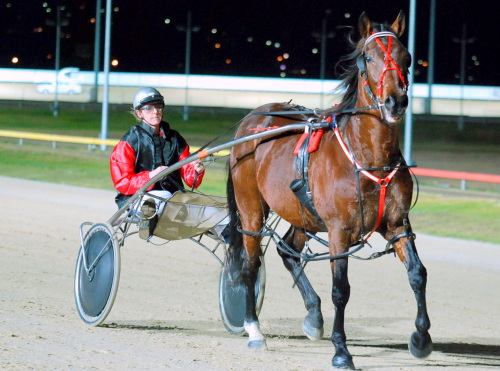 ONE OF Tasmania’s most popular pacersMountain Glory will stand at stud this season.

Mountain Glory will stand at Sue and Hans Streit’s Woodsdale Farm at Elderslie for the modest fee of $700 plus GST.

The stallion had a remarkable racing career that saw him win at the highest level in Tasmania as well as impressive wins in Victoria and New South Wales.

He won any feature races in Tasmania but he is probably best remembers for his courageous second to Shakamaker in the Group 1 Tasmanian pacing Championship on the old Royal Showground circuit in 2000.

He won an Italian Cup at MooneeValley rating two minutes but his career-best rate was achieved in winning the Golden Mile in Launceston in 2001.

Mountain Glory paraded under harness at Tattersall’s Park in Hobart last Sunday night and the old bloke looked as if he could have contested the free-for-all that night.

“We are delighted to have the opportunity to stand such a wonderful horse at our property at Elderslie,” said Sue Streit.