Mourinho wins Derby in a breeze 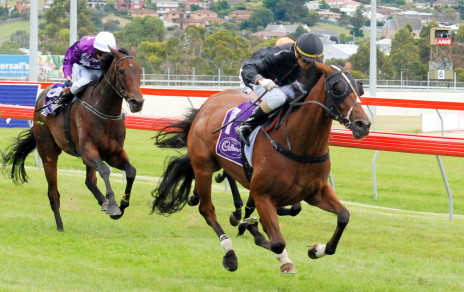 With Victorian hoop Anthony Darmanin in the saddle the gelding settled midfield and was always travelling well.

When Darmanin called on his charge to improve 600 metres out he quickly hailed in the leaders and when he straightened for the run home he put two lengths on his rivals and went on to win comfortably from Heez Born Lucky and Tasmanian gelding Jay Bee’s Gee Gee.

The well-backed Tiger Won’t Tell finished fourth and not far from the other minor placegetters.

Mourinho is named after famous European football coach Jose Mourinho who coaches Real Madrid and whose nickname is “The Special One”.

The winner’s trainer Peter Gelagotis was emotional after the win explaining that it was his biggest win as a trainer and one that meant a lot as the horse is raced by his friends.

Listen to what trainer Peter Gelagotis had to say about Mourinho’s Tasmanian Derby win – click here .