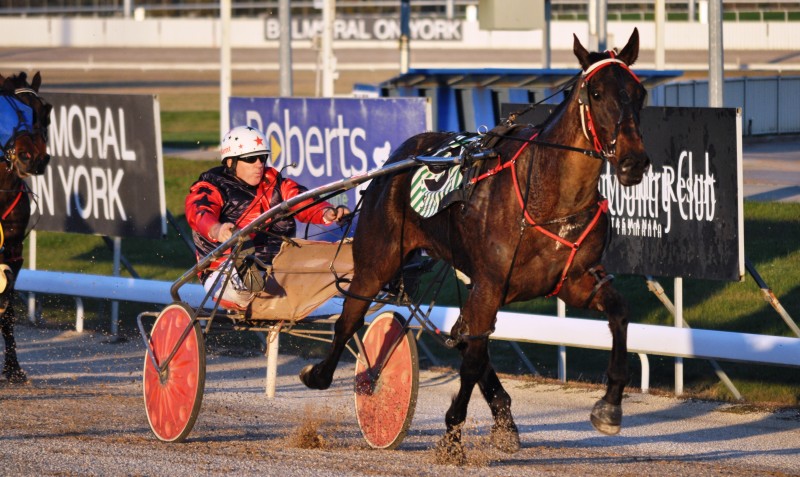 ‘‘He reminds me of a horse I drove many years ago called Joys Leader [a winner of 24 races],’’ Rattray said after the race.

‘‘But, at the moment, he’s still learning.

‘‘In fact, he knows nothing and probably shouldn’t even be at the races yet.

‘‘We brought him in to try to win a late season three-year-old race but he just missed out.

‘‘He got beaten going 1:58.8 at his last run and might have won but he didn’t see the other horse coming.’’

Rattray said the gelding would improve with further education.

‘‘My immediate aim is to make a racehorse of him but he will want a spell soon,’’ the trainer said.

‘‘When he comes back at Christmas time I think he’ll be a nice horse.’’

Rattray prepares Call Me Mouse for owner Nick Perotti, who has a trainer’s licence of his own.

‘‘I’ve still got a couple of other horses but this one is a bit of a handful,’’ the owner said.

Rattray went forward early to sit outside his stablemate Punter Karalta and, after a slow early pace, Call Me Mouse ran his last 800 metres in 58.8 seconds to record a comfortable win at only his third race start.