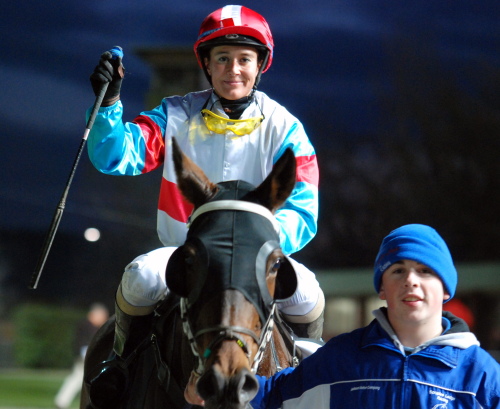 FRENCH mature-age apprentice Audrey Guillemin notched her first winner in Tasmania when she partnered the Gary White-trained Mr Isaac to victory in the Cressy Chaff Cutter BM68 Handicap over 2150 metres at The TOTE Racing Centre in Launceston on Sunday.

Guillemin was riding at only her second meeting in Tasmania but she made every post a winner.

The New Caledonia-born apprentice sent Mr Isaac forward early and when nothing else came from the pack to lead she opted to allow her mount to make play in front.

Guilliman rated the five-year-old superbly and when she called on him to extend turning for home the son of Clangalang put three lengths on his rivals and went on to score comfortably from Master Joseph with Mainbrace grabbing third just in advance of Just A Gee Gee.

It was Mr Isaac’s first win in just over 18 months but it was not unexpected.

The gelding gave an indication that he was getting back into form with a minor placing at his previous outing at Mowbray over an unsuitable distance.

Guilleman, 29, who is indentured to Flemington trainer Mike Moroney, was thrilled with the win.

“That’s my first win in Tasmania and my third win in Australia,” Guilliman said.

“I like Tasmania very much and hopefully I cane keep getting rides here.”

“I would like to ride here every Sunday if I can” she said.