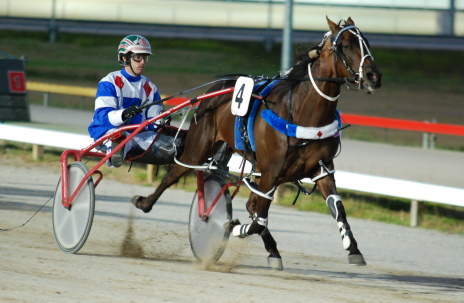 The Dean Braun-trained gelded son of Village Jasper faced the breeze for most of the race outside of leader Driller Mac but when driver Greg Sugars called on his charge for the supreme effort he burst to the lead turning for home and went on to win comfortably.

It was Mr Nickel’s sixth win of the season with the winner’s cheque sending his career stake earnings to just under $240,000.

Driller Mac showed tremendous early speed to cross to the fence from gate five and lead them clearly into the home straight the first time, while Sugars allowed his charge to relax into his stride and sat a length off the leader and content to the lead the outside brigade.

Willbe Doc and Cloudy Delight were forced to ease out of the early action and settled last and second-last respectively and they both hit the line strongly while the leader capitulated in the home straight.

Braun always had the Tasmanian Derby on Mr Nickel’s agenda and with this mission accomplished he is now likely to aim the gelding at the New South Wales Derby.