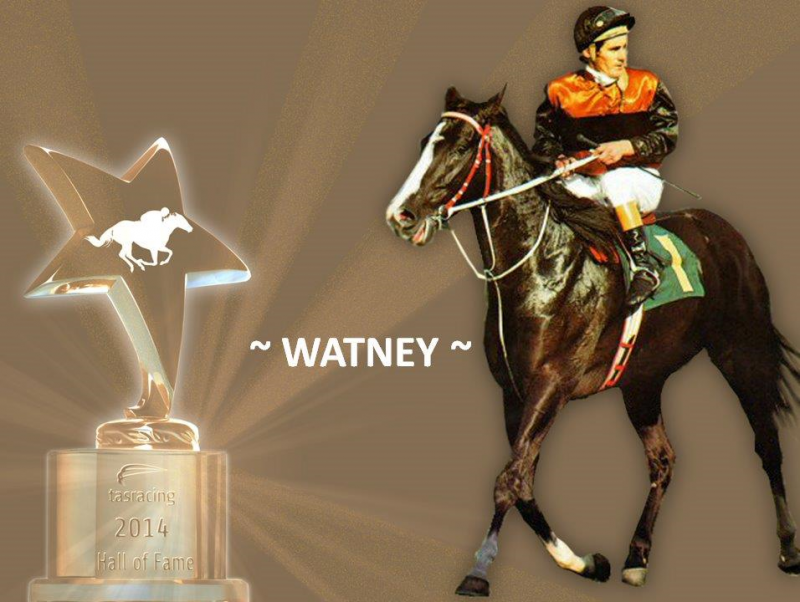 QUALITY Tasmanian-bred galloper Watney was last night honored for his efforts on the racetrack by being inducted into the Tasmanian Racing Hall of Fame.

Watney was trained in Melbourne by Kel Chapman and was one of the best sprinters of his era.

He won 11 races including three Group 1s in three states all in one season — the 1980 Pure Pak Stakes at Flemington, 1981 All Aged Stakes at Randwick and 1981 Stradbroke Handicap at Eagle Farm.

In all three group 1 wins, he was ridden by Robert Heffernan.

The Pure Pak Stakes has had many name changes over the years and is now known as the VRC Sprint Classic.

Watney was also placed in the group 1 Invitation Stakes and Toorak Handicap, both at Caulfield, and the then group 2 William Reid Stakes at Moonee Valley (behind Manikato).

His dam, Shoecream, was based at the time at John Lyne’s Leighton Stud at Evandale.

Both Beer Street and Shoecream were owned by Melbourne solicitor Jim Merralls who also raced Watney in a partnership.

Watney stood at stud on his retirement but like Beer Street was not greatly patronised.

His best progeny was Double Gin a five-time stakes winner who won 18 races in total and was also second in the Adelaide Cup and SAJC Derby.