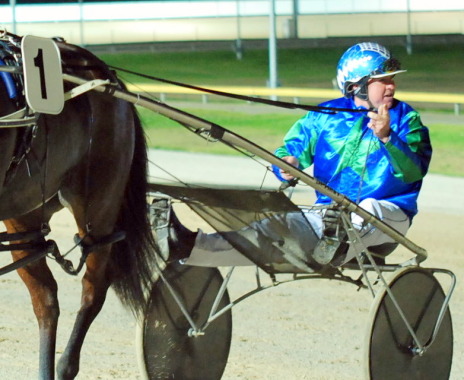 A nasty race fall in the last race on the eight-event card in Hobart on Monday night has left three drivers injured and one horse dead.

Another of the state’s leading trainer-drivers Nathan Ford was diagnosed with a dislocated shoulder and was discharged the same night but he will still be out of action for up to six weeks.

The incident occurred soon after the start of a mobile start race over 2090 metres where Collins’ charge Hell Fire Boy fell without interference from any other runner sending the driver crashing to the track.

Public Expectation’s sulky helped slam Ashwood onto the track leaving him motionless while ambulance paramedics attended to him and the other injured drivers.

Ashwood had feeling below his waist but was unable to move any of his lower limbs but 24 hours later the driver was able to move his feet.

Ford, who was driving the favourite Innasbrook, tried valiantly to avoid the fallen horse by veering his charge hard left but unfortunately the off-side wheel caught the upper part of the fallen horse.

The Bradley Walters-trained Hell Fire Boy appeared to be stable when he was eventually helped to his feet but after a thorough veterinary inspection he had to be euthanized.

Public Expectation and Innasbrook survived the ordeal with only minor lacerations and muscular injuries.

It is unknown when Ashwood and Collins are likely to be released from hospital.

The race was abandoned.