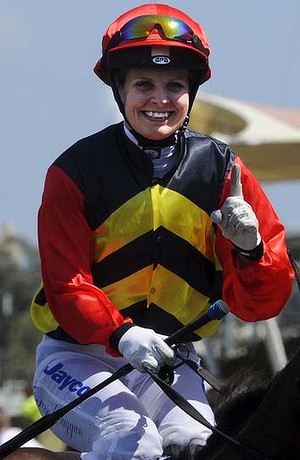 The Tasmanian leg of the National Apprentices Series will be a feature of the eight-race meeting at The TOTE Racing centre in Launceston tomorrow night.

The race boasts a handy field of 12 and points scored in this race will be valuable in terms of which state or territory will take out the series.

Below are comments provided by each state or territory controlling body on their representatives:

Omer Aye (Vic):  Omer has ridden a total of 49 winners so far in his apprenticeship. His best win was aboard Manila Jewel at MooneeValley. Omer started his apprenticeship under David Hayes and has recently transferred to trainer Lee Hope at Kilmore to further his career.

Care Angel (NT): Cara has been race riding for around 4 years now having taken one year off through injuries. She has ridden almost 50 winners to date including 5 doubles. A natural lightweight Cara’s most notable win was taking out the final leg of the 2011 apprentice series in Alice Springs aboard Cristambul

Chanelle O’Grady (WA): Chanelle commenced her apprenticeship in December 2007 but took a break from April 2009 until March 2012.  Upon her return she has shown dedication and maturity and progressed into a very promising young race rider.

An extremely hard worker, Chanelle is just starting to gain opportunities at the closer provincial and metropolitan race tracks.

Janette Johnson (Qld): Janette is a mature age apprentice who had her first race ride in March of 2012. Since then Janette has ridden an impressive 43 winners with 28 of them being at provincial meetings.

Jenny Duggan (NSW): Been riding professional for 1 year. Currently Sydney’s leading apprentice. She started out at the picnic circuit in 2009.

Eran Boyd (SA): Eran has been race riding for almost 12 months and has ridden 23 winners Including 6 doubles.